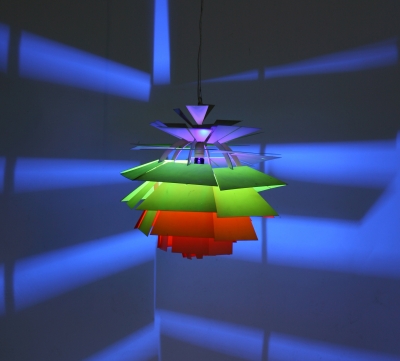 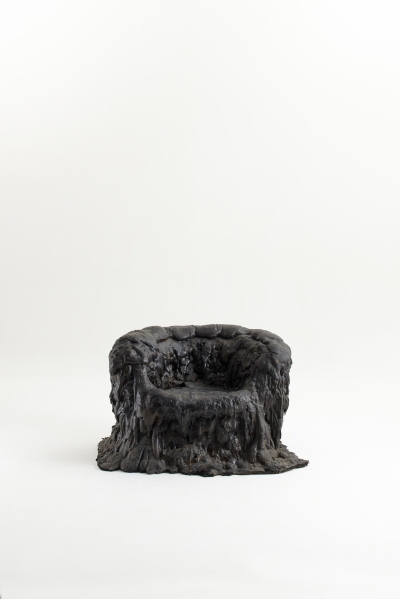 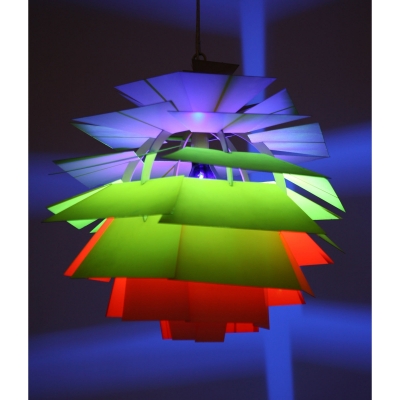 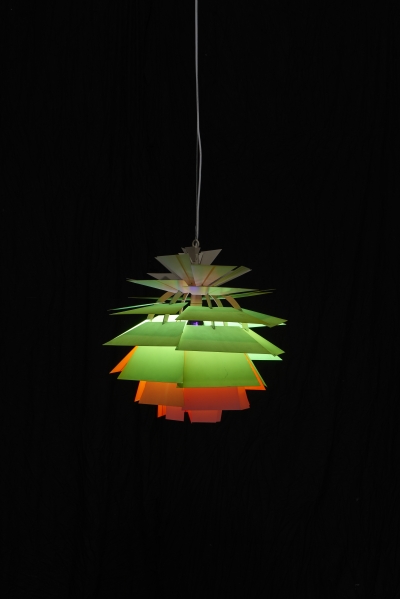 In a New Light offers the utopian ramifications of Nordic functionalism. The objects presented put material effects to the test and radicalized the postwar movement towards a more informal expression liberated from historical conventions. Not intended for mass production, they were conceptual and procedural experiments made in limited numbers. Poul Henningsen’s fluorescent pendant was designed for the 1959 exhibition The House of Tomorrow in Copenhagen as a futurist vision of lighting design, whereas Gunnar Aagaard Andersen’s easy chair Portrait of My Mother’s Chesterfield paraphrases and dissolves classical furniture types in an almost symbolic gesture. The two pieces thus point to the future and the past respectively. At the same time, they epitomize two fundamentally different approaches; the pendant a researchbased and systematic approach with its highly controlled emanation of fluorescent light, shielded and directed by the meticulously placed metal shades, the chair a more artistic one that visualizes the process with reference to action and drip painting.

Dansk Møbelkunst Gallery specializes in twentieth century Scandinavian design. Established by Ole Høstbo in 1992, Dansk Møbelkunst takes its name from the Danish word for Furniture Art, a term that is rooted in the handicraft tradition and signifies a synthesis of aesthetics, utility and craftsmanship. The gallery is a leading authority in rare, original works of twentieth century Danish furniture, when a circle of craftsmen, architects and designers erased the distinction between works of art and functional equipment for everyday life. The gallery’s expertise encompasses both handcrafted masterpieces and iconic works of industrial design, as well as a select range of applied artworks.