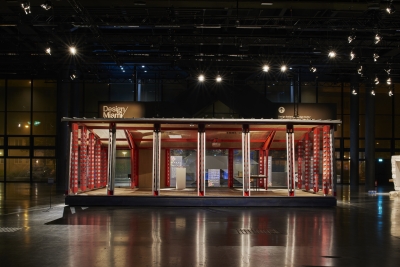 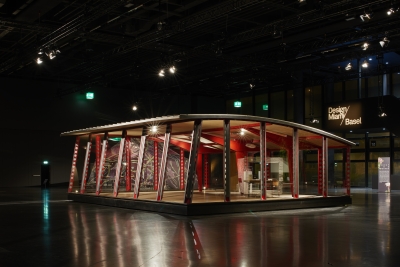 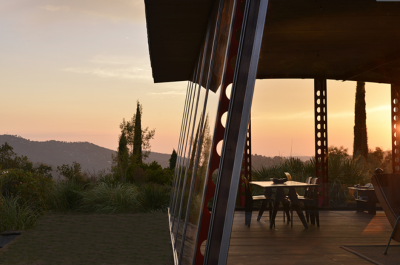 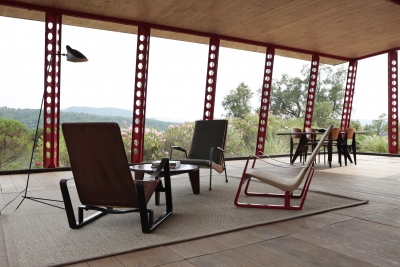 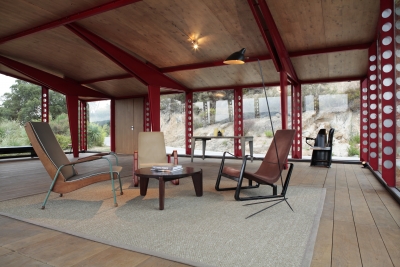 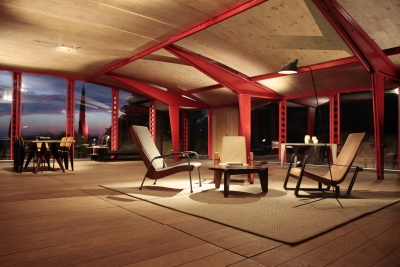 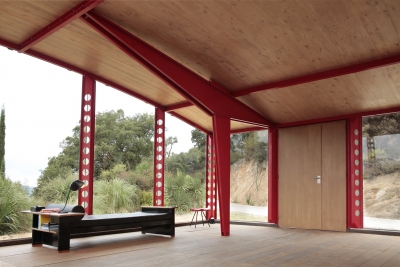 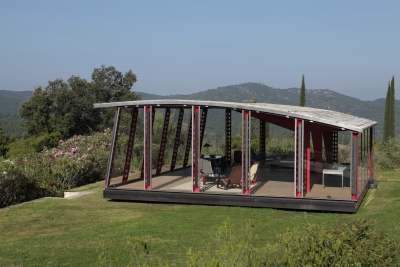 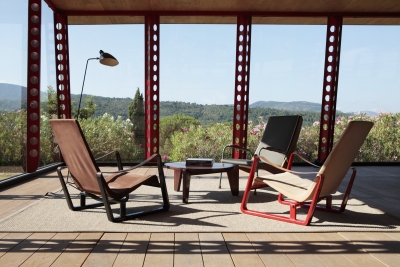 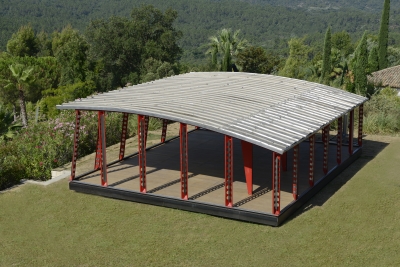 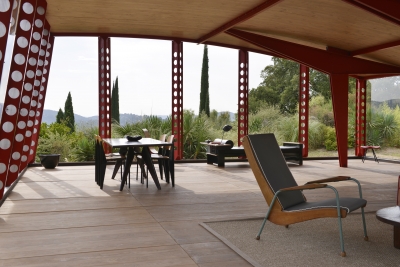 By 1956, Jean Prouvé had established himself among France’s top designers of temporary emergency buildings, and as a result was commissioned to design a school complex in Villejuif, in the inner Paris suburbs. The specifications called for a lightweight building that could be put together quickly and would lend itself to being dismantled and re-erected elsewhere.

The construction principle that Prouvé developed for the school drew from the principle applied to the Cachat pump room at Evian, which is now classified a historical monument. Based on prefabricated elements, the asymmetrical structure used sheet steel props to support a curved, cantilevered, laminated wood roof.

Sheet steel sections serving both as stiffeners and ventilation elements punctuated the fully glazed façade. With its large windows, the classroom building had the look of an open-air school. The metallic support structure allows for wide glass façades. The transparency of the structure dematerializes the architecture by opening up to the surroundings. The Temporary School of Villejuif responded to Jean Prouvé’s wish of nomadic environmental architecture, which leaves no trace on the landscape.