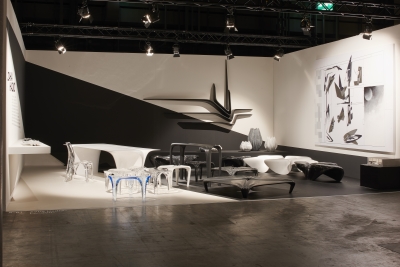 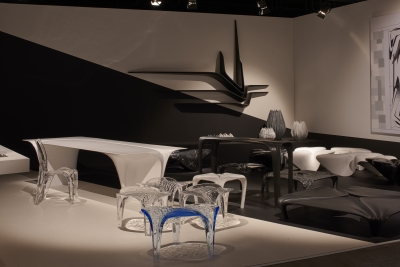 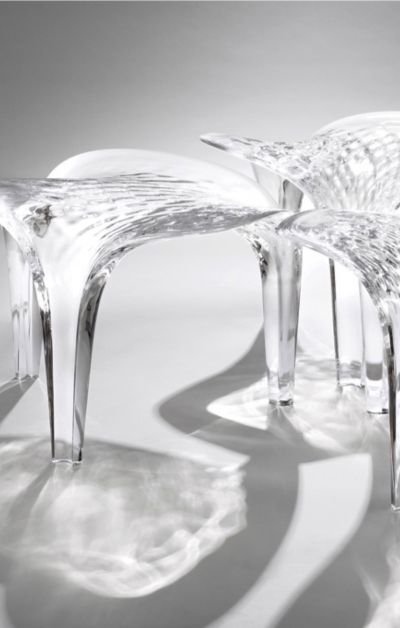 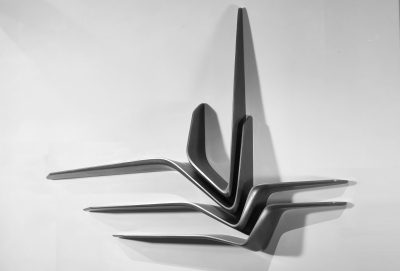 Zaha Hadid’s architecture sees form and space pulled into breathtaking, fluid spatial progressions. Enticingly contextual, her buildings transform notions of what can be achieved in concrete, steel and glass, blending an incredible belief in the power of invention with the liquid organicism of expressionism. The progression in Hadid’s buildings from the interlocking suprematist forms of the Vitra Fire Station to the awesome, flowing urban spaces of the MAXXI Museum of 21st Century Art in Rome, London Aquatics Centre for the London 2012 Olympics and Heydar Aliyev Centre in Baku show a consistent desire to question the traditional orthogonal plan. Form, space and time are warped and woven around structure. These are buildings which emerge from the city and are also capable of knitting disparate blocks together; always surprising and always making connections.

Hadid’s design pieces evolve from these architectural experiments, continuing the spatial ideas inherent in her architecture. Their form doesn’t follow only function but instead is drawn along by the narrative of latent connecting forces and flow of space. More Einsteinian than Cartesian, each collection an evocation of a fluid, flowing, four-dimensional world in which a table, vase or chair can distort the space around it.

Zaha Hadid for Design Miami/ Basel 2016 plays with the dichotomy between the fluidity of the Liquid Glacial Collection and the solidity of the Marble Collection for Citco as well as the Mew table for Sawaya Moroni. Through reflective surfaces, enhanced with indirect lighting, the new pieces of the collections are showcased in the light and shade of contrasting juxta-play of translucency and materiality.