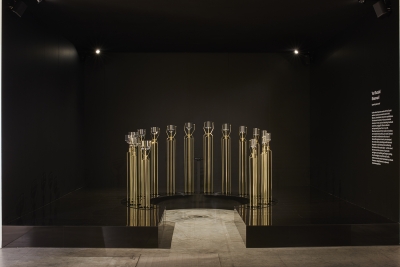 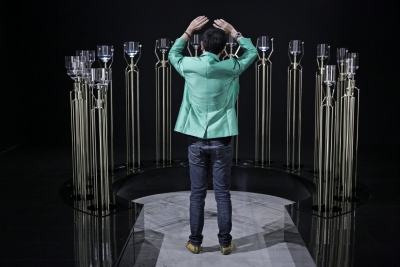 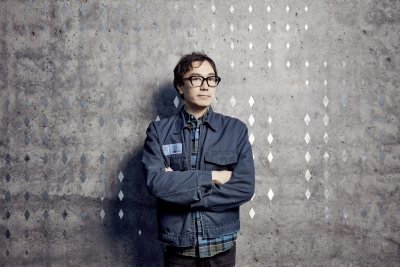 Yuri Suzuki is a sound artist, designer and electronic musician who produces work that explores the realms of sound through exquisitely designed pieces. Suzuki was born in Tokyo in 1980. He has worked for Japanese art unit Maywa Denki, where he developed a strong interest in music and technology. After working with them he moved to London to study at the Royal College of Art. During this time he worked on some projects for Yamaha, and after his graduation in 2008 he opened his own studio in London. Suzuki’s work raises questions of the relation between sound and people and how music and sound affect people’s minds. Suzuki’s sound art pieces and installations have been shown in exhibitions all around the world. In 2013, he started teaching at Royal College of Art London and also began an associate position for Disney, New Radiophonic Workshop and Teenage Engineering. During the same year, he founded Yuri Suzuki Ltd (YS Lab) which is an R&D consultancy working with several companies including Google, Panasonic and Disney. Suzuki also founded Dentaku Ltd which produces OTOTO the DIY musical instrument, comprising of a built-in synthesizer and sampler. In 2014, Museum of Modern Art New York acquired his work OTOTO and Colour Chasers to their permanent collection.
yurisuzuki.com